2¢ OF EVERY GALLON GOES TO 5 CHARITIES!

Country Fair’s leadership selected five non-profit organizations to become CFC partners in 2022. These partners include The Erie City Mission, ANNA Shelter, Grady’s Decision, Women’s Care Center of Erie, and Multicultural Community Resource Center. Country Fair is committing a pooled fund with a minimum of $50,000, with each CFC partner receiving a minimum of $10,000.  These funds will be tracked through the Country Fair “Charity Pumps.”

All Erie County Country Fair locations will have at least one pump designated as the “CFC Charity Pump.” Customers will recognize these pumps as they will be decorated much differently than the other pumps. From May 1 to October 31, 2022, two cents per gallon from the charity pumps will be allocated to the CFC program. “This is an exciting program that Country Fair has grown over the past three years to give back to our community partners. Our community and customers have been so good to us over the past 57 years that we wanted to give back even more to them,” said Paul Rankin, Vice President of Country Fair.

“There are so many deserving local non-profits in Erie County that the ANNA Shelter is proud to be a 2022 partner,” said Ruth Thompson, Executive Director.

Country Fair, Inc. is a chain of 72 convenience stores that are integral parts of the communities that they service throughout Northwestern Pennsylvania, Western New York, and Eastern Ohio.  Country Fair employs over 1,300 associates and was ranked 16th largest employer in Erie, PA in 2019. It was named one of America’s Best In-State Employers in 2021 by Forbes. 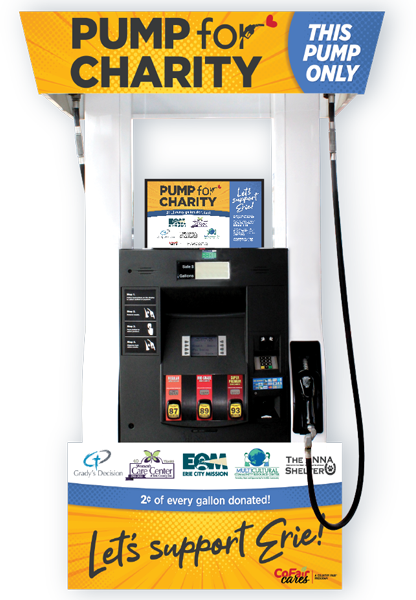 Grady’s Decision, a 501c3 non-profit organization, was created to present a glimpse of God’s love to families experiencing premature births. We provide emotional, spiritual, and financial help to families who reside in North Western Pennsylvania 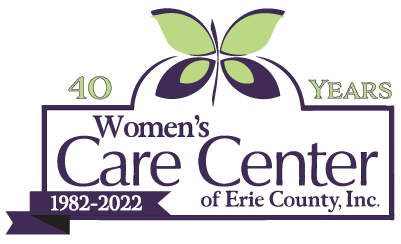 Women’s Care Center of Erie County, Inc. is a community based non-profit organization serving the tri-state (PA/NY/OH) region for 40 years, providing a safe place of comfort, support, and health to individuals and families.

We assist anyone facing an unplanned pregnancy, youth making relationship decisions, women in need of healing, and childless couples whose arms ache for a child.

Vision: That “Hispanic and ethnic minorities will experience acceptance, respect, independence, and self-sufficiency in our community.”

As a leader in the field of rescue and recovery, the Erie City Mission exists to meet the physical, emotional, and spiritual needs of those living in Erie. Our Mission is Restoring Hope and Transforming Lives.

The Association for Needy and Neglected Animals is a non-profit, no kill, open admission animal welfare organization founded by Ruth Thompson in June 2004.